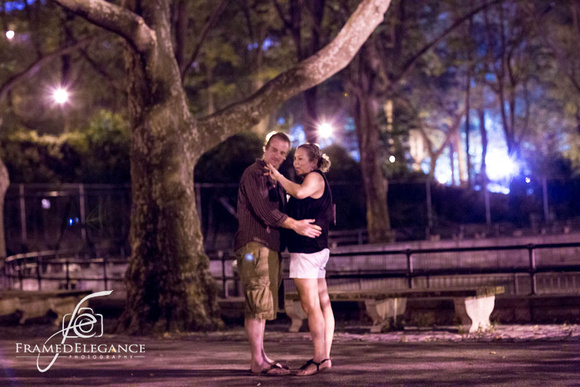 These images were captured in complete darkness and by complete surprise. My family and I were at the westside highway water view festivities in Manhattan, NY for July the 4th when my wife began to feel ill due to the heat. We left the crowd and sat on a bench away from everyone while she regained her strength and drank water. The fireworks were well on their way as we sat listening. In the distance in comes a couple. They walk towards the middle of the area and stop. I see what appears to be the male going down on one knee. I realized what was transpiring before our eyes and scrambled for my camera which I already put away in my bag. It was so dark but I tried to focus and the camera would not cooperate. I immediately put the lens in manual focus , cranked up the ISO (Film Speed / sensitivity to light) as I opened the aperture (Lens opening to let more light in) and shot what I could while trying to focus. These are the only images they have of that special day and I'm extremely proud and happy I was there and able to capture that moment in time.
As they were leaving during this extremely emotional experience, I approached them and introduced myself.  I told them I was a Bronx wedding and portrait
photographer and I had captured their once in a lifetime moment.  They were so thrilled and excited. The female, which I now know as Ali was beside herself showing us the ring standing next to her proud fiancee.  What a moment not only for us but for them!..
Congrats and all the best, Rick Garcia
Riverdale, Bronx, New york Wedding Photographer 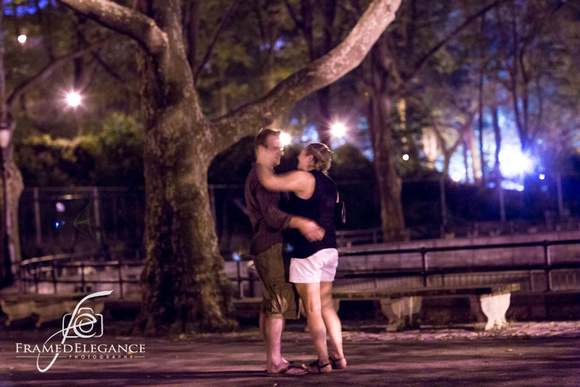 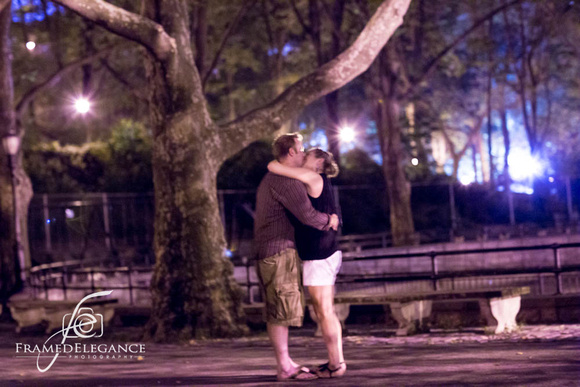 I just want to thank you again for capturing this moment for us. We are forever grateful. This is truly amazing for us as we begin a new journey in our relationship.

Could you send me these pics so I can put them in my family album?

Rick Garcia, Wedding and Portrait Photographer based in the Riverdale area of the Bronx, New York serving all 5 boroughs and the adjoining counties.